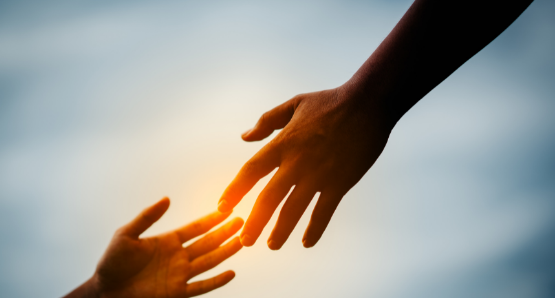 As we navigate our way through the 21st century, our experts on human psychology and socialization have been pointing to the steady emergence of a new type of crisis—a crisis of social connection. Although we live in an age where connecting with someone on the other side of the globe can be done with the press of a button, people all over the world are expressing an uncomfortable sense of loneliness in their lives.

Even more disconcerting is the fact that loneliness can hurt us on a cellular level, and reduce our lifespans.

What can we do to fight off this epidemic? The United Kingdom and Japan have begun to develop a plan.

The UK’s Prime Minister has long had positions in their cabinet like the Minister of Health and the Minister of State for Housing. But in 2018, former Prime Minister Teresa May introduced a new ministry position in an effort to address a rapidly emerging crisis of loneliness in the country. Thus, the Minister for Loneliness was established. The decision to create this new position was based on alarming new data suggesting that about 9 million people in the UK often felt lonely, as well as a mounting body of evidence suggesting that loneliness can impact our health and lifespan.

So far, the various people to take up the position have taken a series of actions. In 2017, a report was compiled, which characterized the severity of the situation, emphasized a call for action on the part of the UK’s government, and outlined potential ways to address this newly recognized public health epidemic. 2018 saw the government take their first big step when they launched the inaugural loneliness strategy, which laid out a plan of action. It included measures like the development of reimagined community spaces, public health campaigns, and the framework to improve social services. In the following years, the #LetsTalkLoneliness campaign was developed and millions of Pounds were funneled into the cause. 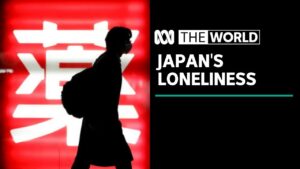 Japan appointed a Minister of Loneliness in response to rising suicide rates.

Similarly, in response to worrying figures on suicide and social withdrawal, Japan welcomed its first Minister of Loneliness in 2021.

The idea of a Minister for Loneliness feels promising, but we’ve yet to see how much of an impact the position will truly have on UK citizens’ levels of loneliness. If it proves to be effective, perhaps it can stand as a beacon for other countries, encouraging them to face their own crises of social connection. The United States, for instance, has been seeing a steady increase in expressions of loneliness—a statistic that has only been made worse by the pandemic. Recent reports indicate that around 3 in 5 Americans would describe themselves as lacking companionship, which has been partially attributed to our changing workplace culture.

What if My Country Doesn’t Have a Minister For Loneliness?

While your country may not have its own public official to address social isolation for some time, there are plenty of resources and tools out there that can help you and the people around you start living a more connected life. After all, we are wired to connect. The best place to start is to be involved in more meaningful conversations in our daily lives. Recent research into the impacts of taking part in small talk vs having substantive conversations with others has shown a heightened sense of well-being in the latter. With this knowledge, the question then becomes: How do I begin having deeper conversations?

The first step would be to try and place yourself in more situations where meaningful conversations could arise, like using Meetup to join a local group of people with similar interests as yourself. But even just being around others more often might only lead to more small talk if not approached in the right way, which can be especially difficult for more introverted people to navigate. For those situations where you are with new or unfamiliar people that you would like to develop a deeper connection with, Big Talk can be your go-to tool for success. The questions were created to help people open up with each other and feel more comfortable discussing the subjects that really matter to them. Below are a few more simple suggestions for fighting loneliness: 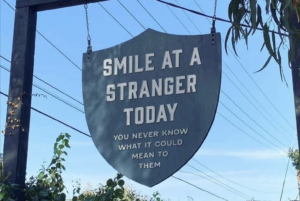 For more info on how to bring Big Talk into your life, check out our socials (Facebook & Instagram), and feel free to contact us with any questions!