What is Big Talk?

Big Talk is a communication approach that facilitates more meaningful connections—with friends, family, coworkers, teammates, classmates, strangers, and even oneself. Through the process of skipping the small talk to ask more open-ended and thought-provoking questions, people can exchange life stories, lessons, and experiences to enhance their interpersonal relationships.

Modern-day social isolation has contributed to a silent epidemic of loneliness and a painful sense of disconnection within communities. With technology, it’s easy to reach a million people all over the world, yet it’s become harder for people to initiate deep and meaningful conversations in everyday life. While face-to-face social connection is strongly associated with well-being and happiness, heavy use of screens – social media platforms in particular – is associated with feelings of depression and lower life satisfaction. Learning how to make Big Talk helps to fight those feelings of isolation, through encouraging thoughtful interaction, active listening, and storytelling. This translates into better verbal communication skills, more purposeful relationships, and a greater sense of belonging at work, home, school, within communities, and in the broader world.

The purpose of making Big Talk is to enhance interpersonal communications and respect people’s differences while honoring the commonalities of human experiences. The Big Talk platform serves as a global movement and social enterprise that aims to fight loneliness, foster community belonging, and build curiosity and empathy across borders. This includes a video series, question card games and an app, an education and business program, arts and culture events, a TEDx talk with 6.5 million views, a government-funded international Fulbright research project, and a powerful tool that encourages people to share their most profound thoughts, feelings, and life stories—making their voices heard.

Eight years ago, Kalina Silverman started Big Talk as an experimental video project to combat her feelings of loneliness after relocating to a new city (she had just moved to Evanston to study broadcast journalism at Northwestern University). Although she met new people each day, she felt there was a sense of disconnection, fueled by the superficiality of everyday interactions.

So, one day, she tried skipping the small talk to “make Big Talk” instead, and immediately noticed she was making more meaningful connections with her peers. Encouraged by this reaction, she made a video to demonstrate the power of Big Talk, where she approached strangers and asked them the question: “What do you want to do before you die?”

Kalina was surprised when people not only answered the question but also shared their most personal and moving life stories. This openness gave Kalina the type of bond she felt was missing in small talk, and her interactions with strangers turned into friendships she still maintains today. To share her Big Talk experiences, she edited the footage and posted the video to YouTube. Within a couple of weeks, the video went viral and the Huffington Post, USA Today, Business Insider, and Right this Minute wrote feature stories about Big Talk.

As stories and feedback began pouring in from people around the world who also felt disconnected, Kalina was inspired to grow Big Talk into more than a personal project, but rather into a global social impact initiative that could help people communicate more openly and connect meaningfully around the world.

Kalina was invited to give a TEDx talk, “How to skip the small talk and connect with anyone.” It now has 6.5 million views, and Big Talk has appeared in Forbes, NBC News, the LA Times, Washington Post, the Today Show Online, The Big Ten Network, and and more. Through organic widespread reach, Big Talk has grown into a global movement.

Over the years since, Kalina has received outreach from people all over the world who have been inspired to join the Big Talk movement and they have shared their experiences – from how Big Talk inspired them to reconnect with estranged family members and find love in romantic relationships, to opening up at work, to dealing with depressive and suicidal thoughts.

Now, Kalina travels around the world making videos, delivering lectures, and leading workshops about how people can “make Big Talk,” – at work, with friends and family, with strangers, and even by themselves – to make their everyday lives more purposeful and meaningful. She has spoken to corporations (Microsoft, Google, Adobe, Acelero Learning, Elite SEM) and universities (Northwestern, USC, University of Maryland Business School). In 2017, Big Talk was awarded a Fulbright research grant for the study “How to use Big Talk to establish empathy across cultures.” In 2019, Kalina was selected as a Fulbright Ambassador and presented on Capitol Hill to Senator Dick Durbin and to Senator Chris Coons, who ended up using Big Talk at his staff retreat.

A cross-cultural communications ambassador, Kalina has delivered Big Talk events at WeWork in Australia, at a business school in Kazakhstan, and the U.S. state department in Uzbekistan – She also delivered a Big Talk keynote for 1000 teenage girls for a UN International Day of the Girl Celebration, and spoke at the Foundation for Connection Action Forum alongside the U.S. Surgeon General. 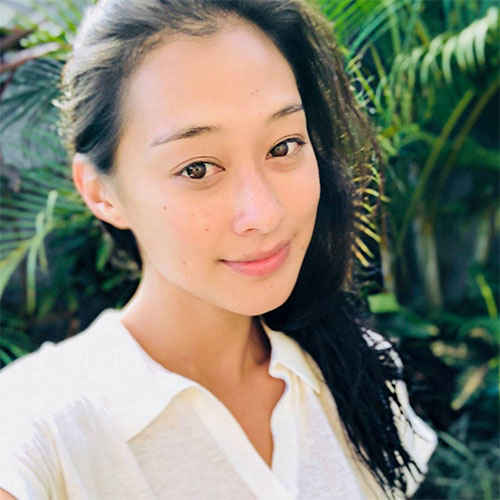 Kalina created Big Talk. She travels globally to make videos, give lectures, and help teach people how to “make Big Talk” in different environments and cultures. Kalina received her degree in Broadcast Journalism from Northwestern University and spent a year working as a Fulbright Research Scholar in Singapore studying ways to use Big Talk to establish empathy across cultures. She is now a U.S. Fulbright Ambassador.

Skip the small talk: What do you want to do before you die?

“Before I die, I want to build a ranch that employs refugees fleeing conflict zones and provides fun educational opportunities for visitors. I also hope to raise a family, paint a mural, and compose music.”