This morning I received an email from Trinidad! On July 4th, the lovely Lynn-Marie Edwards hosted a Big Talk event for 70 at the Kaiso Blues Cafe: 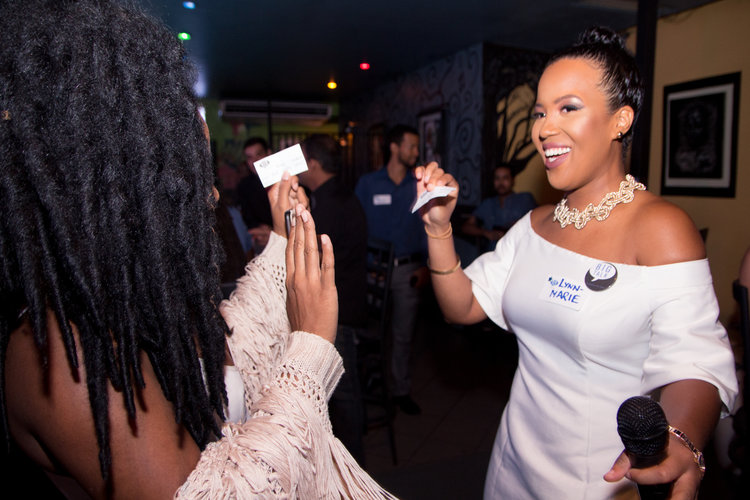 When I asked Lynn-Marie what organization helped her put on the event, I was touched by her answer:

“I am not attached to any organisation. I am just one woman who was so touched by an idea that I had to do something with it in in my community. In future, I want to have more events like these. I REALLY love Big Talk! I love what it does for people, almost giving them permission to let down their guards –

Many of the persons who attended expressed their desire to attend more events like Big Talk. We have a big party culture in Trinidad and Tobago. We are host to what some would say is the world’s greatest Carnival. As a result there aren’t that many fora where people can come together and engage in meaningful conversation just because. We also have a bad crime situation. The story of Trinidad and Tobago is quite an interesting one!

Maybe one day you can come here and we can have a grand Big Talk event and go around to schools and communities to Big Talk.”

The original message from Lynn-Marie:

“My team and I hosted a most successful and meaningful Big Talk evening called Big Talk- Conversations That Matter. We had about 70 people in attendance and held it on Tuesday 4th July, 2017

In promoting the event we interviewed some random people in our capital and made three promotional videos.

The evening started off with an ice-breaker called Find Your Big Talk Match. Questions were prepared in 3s and placed in a jar. Each participant had to choose a question and find the two other people who also chose that question and answer it.

After the ice-breaker I introduced myself as the host and explained the concept and flow of the evening. The idea was to have a relaxed evening of casual but meaningful conversation. My team and I prepared about 145 questions, using your questions as a base. We placed the questions in jars on cocktail tables throughout the space and groups were naturally formed and beautiful discussion flowed.

The feedback we received was overwhelmingly positive and we are looking forward to hosting more events.

Thanks again for this amazing idea and allowing us to use it to make conversations that matter.